“!annoint Mangus”.- Some unidentified retard with a poudrin to a mango tree.

Originally a minecraft player skin, Mangus is a mango fruit with glasses. The colour of his leaf seems to change depending on his alignment, so you can bet your ass it’s staying purple forever. 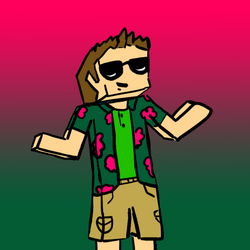 Mangus joined NLACakaNM in november of 2019. Canonically, he has always been a mango and his first OC was just a mech suit he was piloting. 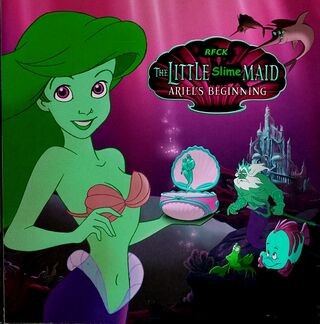 After being accused multiple times by K1P and Frog of being an alt during his first couple of days, Mangus initially joined the Rowdys, mostly in order to equip a fishing rod and start fishing big slime in Vagrant Corner’s pier. There he made friends with Gaboo, who was known as a possible Brazilian clone to Anifred in his cringiest moments. Together, they started trying to catch the Slimermaid, a megalegendary fish that 100% real no fake is in the code (even if the developers say otherwise) and can be seen and even be caught if you really really believe in her. Prism, who at the time was a stayjuvie and another fishing enthusiast, enthralled by the idea of a mermaid made of slime just vibin around, joined them in their quest to find the Slimermaid.

Once Infernal, Deradi and some other 3tards were recruited their presence started to be noticed by oldfags, who absolutely hated the concept and called it “cringe”, famously stating that “cool duck is way better”, being M@, who liked Mangus due to their shared interest in capping and gang violence in general, the only non-season 3 gangster to kinda like the “Slimermaids”. This prompted Mangus to rent a submarine and make it the HQ of anyone who would want to search the creature.

Their unbroken faith in the existence of the Slimermaid (which they predicated at any opportunity), their scheming behind the scenes and the fact that the group was composed mainly of weak minded 3tards who wanted to be relevant in the server, made them brand the Slimermaid subgang as a cult. All this was pretty much hated by almost anyone who wasn’t part of it, including the Rowdy Fucker himself. 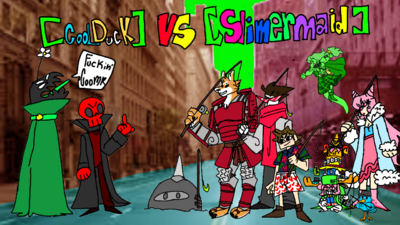 Cool Duck vs Slimermaid by Prism

From Slimernalia Kingpin to orphan to Killer 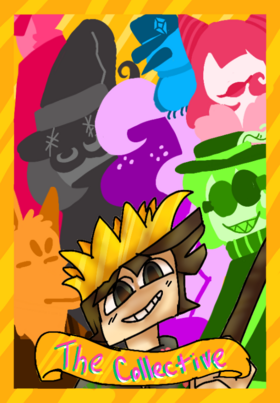 Prism depiction of Mangus as a Slimernalia Kingpin

Surprisingly enough, this worked smoothly, and December 19th of 2019, the Slimermaid was made canon in Auditorium.

Everyone disliked that. Especially Munchy, who banished Mangus almost instantly when he knew about what the Slimermaid guys used his cool event for.

After Slimernalia, unable to rejoin gang violence nor equip his favorite fishing rod, Mangus fell slowly but steadily into depression. He did everything he could for the rowdys: capping, propaganda, killing anyone who opposed them (including his best friend Gaboo)... And yet, it didn’t matter at all. All that mattered was that Munchy didn’t like Slimermaid. 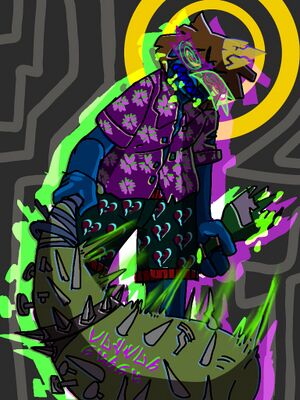 First depiction of mangus as a Killer by Prism. The bat says "Common Sense" in Klingon cause why shouldn't it

After a couple of weeks, Mangus made a decision, if they don't appreciate what he has done for them, maybe they will notice once it was done to them. Mangus joined the killers, becoming “NegaMangus” who is basically original Mangus but purple. This slightly tilted the scales to the killer's benefit, which prompted Ethan to say something that eventually became a prophecy.

Ethan predicting what was about to happen

The Katana Saga and the Killer Renaissance

Mangus’ capped and killed relentlessly for the Killers, but there were two obstacles that seemed to always stop Mangus in his tracks: Meaty and Doopedy. The first was just really good at hunting Mangus, the second was an overleveled player with over a hundred ranks with the katana. It shouldn’t be forgotten that Mangus was, for the most part at the time, the only killer cappin, and although he was inspiring more and more killers to come back to gooning, the rowdy forces were overwhelming. Not only were there more rowdys than killers but they also were both way more active and effective.

This all changed when Hale came back. Together, they managed to keep the whole map purple and sparred with Farafrog until they reached high ranks with the katana. The killer renaissance started then and there... Convinced by the impact he made in the server as a killer, Mangus stopped using the prefix “Nega” to indicate that there was no coming back to the rowdys. At this point, only Doop could stop them...

Which he did a couple of times as a swan song to his last moments before leaving the city. 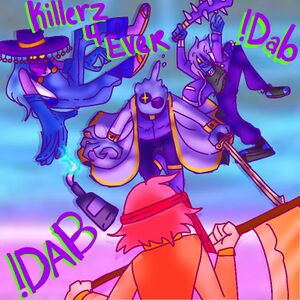 Comission Prism did for Mangus depicting the Killer Renaissance

With Doop gone, there wasn’t an unbeatable obstacle for Mangus to keep the map purple. Only a very stupid event that consist in making players not able to play anymore due to hunger and slime loss unless they have specifically Fungal Feaster and Thicker Than Blood could stop him!

During the season 1 dream, Mangus didn’t understand shit about what was happening, so he stopped playing. It was at this time though that he met Taco and Teorec, who inspired him to embrace his true nature, ditch the silly minecraft costume and show himself as what he always was: a mango.

In season’s 3 dream, Mangus acted as a Tard-Wrangler for the dreamborns who didn’t understand how it worked. There he fought his greatest battle ever yet: The battle for PA; in which he fought hordes of rowdys all alone for quite some time before Taco and Farafrog came as reinforments. It was both a clear proof of how broken sap was and a cool memorable moment for everyone involved. Peak EW if you ask me. 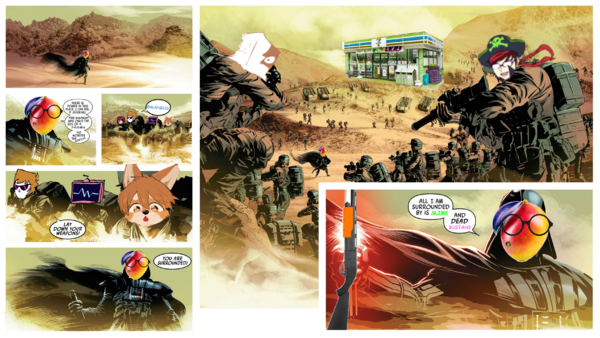 Mangus favorite moment since he joined

Besides that, Mangus spent most of the season 3 dream zooming around the city in a yellow scooter with Teorec (who he helped to become the first StayDead Top Model) thanks to the cosmetics update. 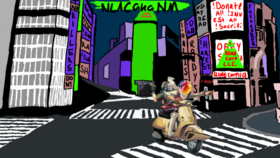 Mangus zooming around in a yellow scooter with Teorec, background art by Olive

Due to his previously exposed merits, how he was mostly liked by all the killers and the fact that he was easy to draw, Mangus was granted the merit of top killer the 13th of February 2021.

Nowadays, Mangus is just chilling around and starting shit any opportunity he has while training his very popular Slimeoid BIG CAPYBARA the great. 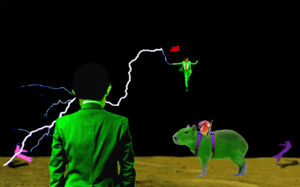 Mangus mounted Big capybara in the battle against N1

Retrieved from "https://rfck.miraheze.org/w/index.php?title=Mangus&oldid=7749"
Categories:
Cookies help us deliver our services. By using our services, you agree to our use of cookies.