The Realest Rowdys are a collection of prominent Rowdys picked every month starting June of 2020, it acts as an intermediary group between the Rowdys and the Consorts

Being named a Consort is the ultimate honor a Rowdy can achieve.

It is a distinction of merit, won by those Rowdys who have dedicated their time and skills to the gang in the form of great works of art, service in the endless war, or by being a leader of the community.

Once named a Consort, those Rowdys are to be celebrated, paid homage to, and most of all remembered. The title cannot be revoked by idleness. Only by actively betraying a gang can a Consort's title be revoked.

However, because the Consorts are such a prestigious rank, Rowdys who indeed have done much for the gang are passed over for promotion in favor of those who have done more or been around longer, despite the fact in any fair world both would be celebrated.

And so, let us celebrate those who have done much for the gang hut have not yet earned the Consort rank.

A new rank of merit that Rowdys can be promoted to far more liberally than the Consorts. Make no mistake, it is a great honor to be one of the REALEST ROWDYS, however.

Unlike being a Consort, being one of the REALEST ROWDYS is a title that is fleeting. Every month, the REALEST ROWDYS will be declared. There will be no attempt to maintain continuity between sessions. Each month the Rowdy Fucker will simply declare those who are REALEST ROWDYS based on those who exhibited REAL ROWDY TRAITS throughout the previous month.

What are real Rowdy traits?

...So, TL;DR, this is like a middle step between being a normal Rowdy and a Consort and it's a position that will fluctuate each month. Try and get a streak going! 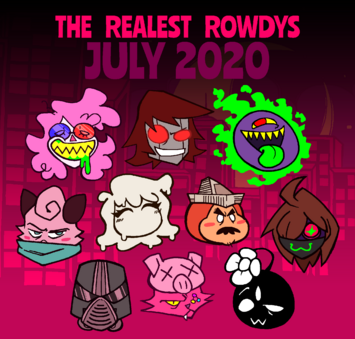 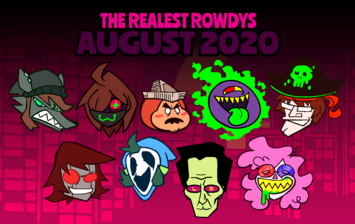 Retrieved from "https://rfck.miraheze.org/w/index.php?title=Realest_Rowdys&oldid=6211"
Category:
Cookies help us deliver our services. By using our services, you agree to our use of cookies.